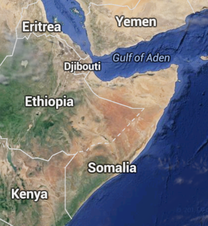 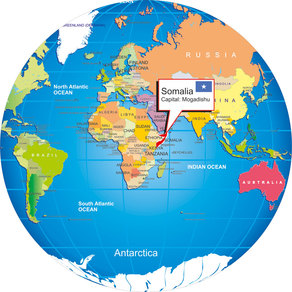 As of 2013, overall refugee volume is hovering at median levels historically. The number of refugees experienced a dramatic dip following the passing of the Patriot Act in 2001 – fewer than 30,000 refugees were let into the U.S. each year in 2002 and 2003, down 60% from the pre-9/11 level in 2001. But, upticks in the number of refugees came in 2004 with a wave of Somali refugees, and in 2008 when thousands of Burmese and Bhutanese were granted refugee status.
http://www.pewresearch.org/fact-tank/2014/07/28/where-refugees-to-the-u-s-come-from/

Like many conflicts in the world, favoritism during imperialistic eras created a backdrop for war much later.

One question a teacher posed was, "Who is the aggressor?" It really just depends on the time. The conflicts just kept going, with various outside forces and inside forces playing off each other. Here is one report that suggests that outside forces fed the conflict.

Somalia has been engulfed in conflict since the Siad Barre regime collapsed in 1991, and many of its citizens have been displaced ever since. Spikes in violence and drought conditions have caused multiple waves of displacement over the years, and most recently the 2011-12 famine claimed over 260,000 lives. The government installed in 2012 controls only a fraction of the country, and those areas remains fragile in the face of tension between competing warlords and frequent attacks from the Al Shabab terrorist group. http://refugeesinternational.org/where-we-work/africa/somalia

Where they are from:
Somali students here in Vermont are likely not from Somalia, though they identify as Somali. Most came from refugee camps in Kenya, Ethiopia and Djibouti, or were even born in the United States. There are camps in Mogadishu, Somalia, but most who come here grew up elsewhere. Refugees also lived in cities in Kenya, but recently, they have been violently forced into camps, a move that is criticized by the UNHCR. Here's another article talking about Somalis being forced into camps.


Somali vs. Bantu:
Languages are similar, but not the same. They are both tonal, but their differences are more than what we would consider a dialect. Somali were generally landowners, Bantu were herders, and also often sold by Arabs to slavery to Somali.


Good resources to find out more: